On April 11, MIT announced five multiyear flagship projects in the first-ever Climate Grand Challenges, a new initiative to tackle complex climate problems and deliver breakthrough solutions to the world as quickly as possible. This article is the fourth in a five-part series highlighting the most promising concepts to emerge from the competition and the interdisciplinary research teams behind them.

The impact of our changing climate on agriculture and food security — and how contemporary agriculture contributes to climate change — is at the forefront of MIT’s multidisciplinary project “Revolutionizing agriculture with low-emissions, resilient crops.” The project The project is one of five flagship winners in the Climate Grand Challenges competition, and brings together researchers from the departments of Biology, Biological Engineering, Chemical Engineering, and Civil and Environmental Engineering.

“Our team’s research seeks to address two connected challenges: first, the need to reduce the greenhouse gas emissions produced by agricultural fertilizer; second, the fact that the yields of many current agricultural crops will decrease, due to the effects of climate change on plant metabolism,” says the project’s faculty lead, Christopher Voigt, the Daniel I.C. Wang Professor in MIT’s Department of Biological Engineering. “We are pursuing six interdisciplinary projects that are each key to our overall goal of developing low-emissions methods for fertilizing plants that are bioengineered to be more resilient and productive in a changing climate.”

Whitehead Institute members Mary Gehring and Jing-Ke Weng, plant biologists who are also associate professors in MIT’s Department of Biology, will lead two of those projects.

For most of human history, climate change occurred gradually, over hundreds or thousands of years. That pace allowed plants to adapt to variations in temperature, precipitation, and atmospheric composition. However, human-driven climate change has occurred much more quickly, and crop plants have suffered: Crop yields are down in many regions, as is seed protein content in cereal crops.

“If we want to ensure an abundant supply of nutritious food for the world, we need to develop fundamental mechanisms for bioengineering a wide variety of crop plants that will be both hearty and nutritious in the face of our changing climate,” says Gehring. In her previous work, she has shown that many aspects of plant reproduction and seed development are controlled by epigenetics — that is, by information outside of the DNA sequence. She has been using that knowledge and the research methods she has developed to identify ways to create varieties of seed-producing plants that are more productive and resilient than current food crops.

But plant biology is complex, and while it is possible to develop plants that integrate robustness-enhancing traits by combining dissimilar parental strains, scientists are still learning how to ensure that the new traits are carried forward from one generation to the next. “Plants that carry the robustness-enhancing traits have ‘hybrid vigor,’ and we believe that the perpetuation of those traits is controlled by epigenetics,” Gehring explains. “Right now, some food crops, like corn, can be engineered to benefit from hybrid vigor, but those traits are not inherited. That’s why farmers growing many of today’s most productive varieties of corn must purchase and plant new batches of seeds each year. Moreover, many important food crops have not yet realized the benefits of hybrid vigor.”

The project Gehring leads, “Developing Clonal Seed Production to Fix Hybrid Vigor,” aims to enable food crop plants to create seeds that are both more robust and genetically identical to the parent — and thereby able to pass beneficial traits from generation to generation.

The process of clonal (or asexual) production of seeds that are genetically identical to the maternal parent is called apomixis. Gehring says, “Because apomixis is present in 400 flowering plant species — about 1 percent of flowering plant species — it is probable that genes and signaling pathways necessary for apomixis are already present within crop plants. Our challenge is to tweak those genes and pathways so that the plant switches reproduction from sexual to asexual.”

The project will leverage the fact that genes and pathways related to autonomous asexual development of the endosperm — a seed’s nutritive tissue — exist in the model plant Arabidopsis thaliana. In previous work on Arabidopsis, Gehring’s lab researched a specific gene that, when misregulated, drives development of an asexual endosperm-like material. “Normally, that seed would not be viable,” she notes. “But we believe that by epigenetic tuning of the expression of additional relevant genes, we will enable the plant to retain that material — and help achieve apomixis.”

If Gehring and her colleagues succeed in creating a gene-expression “formula” for introducing endosperm apomixis into a wide range of crop plants, they will have made a fundamental and important achievement. Such a method could be applied throughout agriculture to create and perpetuate new crop breeds able to withstand their changing environments while requiring less fertilizer and fewer pesticides.

Roughly a quarter of greenhouse gas (GHG) emissions in the United States are a product of agriculture. Fertilizer production and use accounts for one third of those emissions and includes nitrous oxide, which has heat-trapping capacity 298-fold stronger than carbon dioxide, according to a 2018 Frontiers in Plant Science study. Most artificial fertilizer production also consumes huge quantities of natural gas and uses minerals mined from nonrenewable resources. After all that, much of the nitrogen fertilizer becomes runoff that pollutes local waterways. For those reasons, this Climate Grand Challenges flagship project aims to greatly reduce use of human-made fertilizers.

One tantalizing approach is to cultivate cereal crop plants — which account for about 75 percent of global food production — capable of drawing nitrogen from metabolic interactions with bacteria in the soil. Whitehead Institute’s Weng leads an effort to do just that: genetically bioengineer crops such as corn, rice, and wheat to, essentially, create their own fertilizer through a symbiotic relationship with nitrogen-fixing microbes.

“Legumes such as bean and pea plants can form root nodules through which they receive nitrogen from rhizobia bacteria in exchange for carbon,” Weng explains. “This metabolic exchange means that legumes release far less greenhouse gas — and require far less investment of fossil energy — than do cereal crops, which use a huge portion of the artificially produced nitrogen fertilizers employed today.

“Our goal is to develop methods for transferring legumes’ ‘self-fertilizing’ capacity to cereal crops,” Weng says. “If we can, we will revolutionize the sustainability of food production.”

The project — formally entitled “Mimicking legume-rhizobia symbiosis for fertilizer production in cereals” — will be a multistage, five-year effort. It draws on Weng’s extensive studies of metabolic evolution in plants and his identification of molecules involved in formation of the root nodules that permit exchanges between legumes and nitrogen-fixing bacteria. It also leverages his expertise in reconstituting specific signaling and metabolic pathways in plants.

Weng and his colleagues will begin by deciphering the full spectrum of small-molecule signaling processes that occur between legumes and rhizobium bacteria. Then they will genetically engineer an analogous system in nonlegume crop plants. Next, using state-of-the-art metabolomic methods, they will identify which small molecules excreted from legume roots prompt a nitrogen/carbon exchange from rhizobium bacteria. Finally, the researchers will genetically engineer the biosynthesis of those molecules in the roots of nonlegume plants and observe their effect on the rhizobium bacteria surrounding the roots.

While the project is complex and technically challenging, its potential is staggering. “Focusing on corn alone, this could reduce the production and use of nitrogen fertilizer by 160,000 tons,” Weng notes. “And it could halve the related emissions of nitrous oxide gas.” 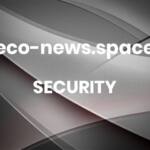